15703
Gillian Welch
{"https:\/\/94f25d5fce3d6f1478b5-8492f2475187762e2e44cf8c753691ec.ssl.cf2.rackcdn.com\/15703-6.jpeg":"Mark Seliger^:^http:\/\/bighassle.com\/publicity\/gillian-welch^:^Press Photo"}
Photo:Mark Seliger
www.gillianwelch.com
www.facebook.com/gillianwelch
Gillian Welch is a folk singer/songwriter from New York City whose unique style of music was described by The New Yorker as "at once innovative and obliquely reminiscent of past rural forms." Since her debut album Revival was released in 1996, Welch managed to follow up her incredible debut effort with several acclaimed albums that further built upon her now legendary status in the Americana genre. Despite her significant niche appeal, Gillian Welch achieved widespread popular attention as a result of her musical contributions to the soundtrack of the famed Coen Brothers film, O Brother, Where Art Thou, which took home the Grammy for Album of the Year in 2002.
FOLLOW
SHARE
FOLLOW
SHARE
0
VIDEO
the weight 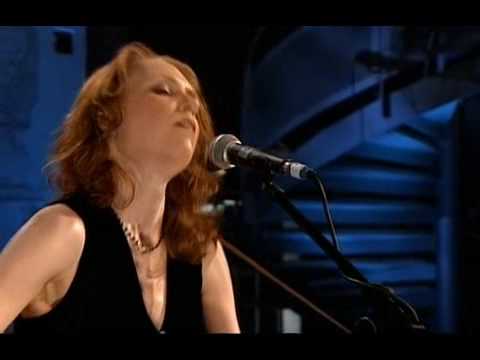 The Fields of November

Dear Friends, Nashville Obsolete is out today! The much lauded and applauded second album by Dave Rawlings Machine has been pressed to vinyl for the first time ever, directly from the master tapes. It is available now from davidrawlingsmusic.com or your local record store or your ubiquitous online retailer of choice.@gillianwelchofficial @davidrawlingsmusic @williewatsongs @arkansausage @brittfiddle @jordan.tice @aconyrecords #gillianwelch #davidrawlings #DRM #Nashville #Obsolete

We had the great honor to perform on this year’s Academy Awards show, playing acoustic music on the world stage to represent our song “When A Cowboy Trades His Spurs For Wings” from the Coen brothers’ movie The Ballad Of Buster Scruggs which was nominated amongst a diverse and worthy bunch. A hearty congratulations to all the nominees and winners! You can see all the performances and highlights from the night at Oscars.com. #gillianwelch #davidrawlings #WACTHSFW@balladofbuster @theacademy @nudies_rodeo_tailors @gettyimages @kevincwinter

Dear Friends, David Rawlings and I have just released our own version of our song "When A Cowboy Trades His Spurs For Wings". Originally written for the Coen brothers’ epic western, The Ballad Of Buster Scruggs, this new duet recording of our Oscar-nominated song is out today! See the link in bio for where to hear it.@davidrawlingsmusic @balladofbuster #gillianwelch #davidrawlings #WACTHSFW #letmetellyoubuddy

Dear Friends, David Rawlings and I will be performing our Oscar-nominated song "When A Cowboy Trades His Spurs For Wings" live at the 91st Academy Awards, on Sunday, February 24th. Tune in to ABC at 8pm EST / 5pm PST, or stream live on ABC.com.We will also be appearing on the Grand Ole Opry this Saturday, February 16th, here in Nashville. You can buy tickets to the show at Opry.com, or you can listen live on 650AM WSM or stream it at wsmonline.com. @balladofbuster @theacademy @davidrawlingsmusic @opry @wsmradio#gillianwelch #davidrawlings #WACTHSFW

Dear Friends, David Rawlings and I are honored to be nominated by the 2019 Academy Awards for Best Original Song for “When A Cowboy Trades His Spurs For Wings” from the Coen brothers’ movie The Ballad Of Buster Scruggs. We are eternally grateful to Ethan and Joel Coen for giving us the opportunity to write a cowboy duet between the living and the dead, and to Willie Watson and Tim Blake Nelson for bringing it to life.@davidrawlingsmusic @williewatsongs @balladofbuster @theacademy#gillianwelch #davidrawlings #yippeekiyiyay

The Be Good Tanyas