15418
Felipe Esparza
Palace of Fine Arts
https://eventseeker.com/san-francisco/nov-27-2021/410495761-felipe-esparza
{"https:\/\/94f25d5fce3d6f1478b5-8492f2475187762e2e44cf8c753691ec.ssl.cf2.rackcdn.com\/15418-1.jpg":"Felipe Esparza^:^https:\/\/www.felipesworld.com\/press\/^:^press photo"}
Photo:Felipe Esparza
www.felipesworld.com
www.facebook.com/FelipeEsparzaFanPage
Felipe Esparza is a Latin-American comedian from East-Los Angeles who might best be known for winning the televised talent competition Last Comic Standing in 2010. With a keen eye for the innate, yet hilarious details of life, and a razor sharp wit, Esparza started off building a name for himself in Southern California comedy clubs, but soon graduated to the national level after winning the top prize of the aforementioned NBC-broadcast TV show. Though his style of humor might not fall into the "family friendly" category, Esparza's ability to transcend political correct boundaries and create a characteristic style of humor is nearly unrivaled in the modern stand-up comedy scene. .
FOLLOW
SHARE
FOLLOW
SHARE
0 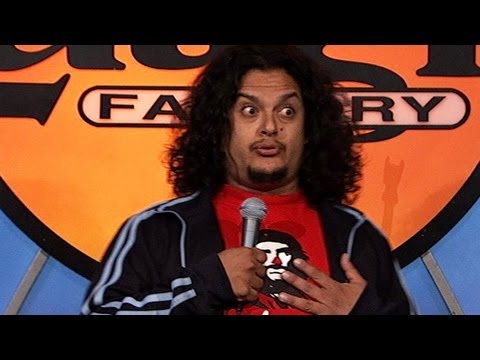 On sale now! #RohnertPark CA #Sonoma I'm coming to @sally_tomatoes Nov 13 & 14.TIX at Felipesworld.com- outdoor shows-have dinner under the stars while watching live comedy.(socially distanced, masks required when not at your table, temperatures taken at the door, #dontforgetyourjacket etc., etc.)

Restocked and ready...Music by my son #IkeReator (aka Lil Miklo)

My friend @ericfuckingandre stopped by #WhatsUpFool podcast this week to talk about his new season of #EricAndreShow (I'm in some episodes this season too!). Listen on any podcast platform, Spotify, etc. - or watch the replay on my YouTube channel (link in bio).* * *Watch Eric's show every Sunday at midnight on @adultswim (that's what the Cartoon Network becomes after 9pm in case ya didn't know).#birdup #ranch