14601
The Fest
Gainesville
https://eventseeker.com/gainesville-fl/oct-29-2021/371285332-the-fest
{"https:\/\/94f25d5fce3d6f1478b5-8492f2475187762e2e44cf8c753691ec.ssl.cf2.rackcdn.com\/14601-2.jpg":"Ground Control Touring^:^http:\/\/www.groundcontroltouring.com\/artists\/cursive^:^press photo"}
Photo:Ground Control Touring
www.cursivearmy.com
www.facebook.com/cursive
Cursive is an alternative rock group from Omaha, Nebraska that was formed in 1995. After releasing two albums and touring for a couple of years, the band decided to call it quits in 1998. Soon, however, the members decided that what they had together was something special, unique and rare, and decided to reform in 1998. The newly reunited band applied a more characteristically post-hardcore sound to its sonic aesthetic and managed win over a large swath of new fans by doing so.
FOLLOW
SHARE
FOLLOW
SHARE
0 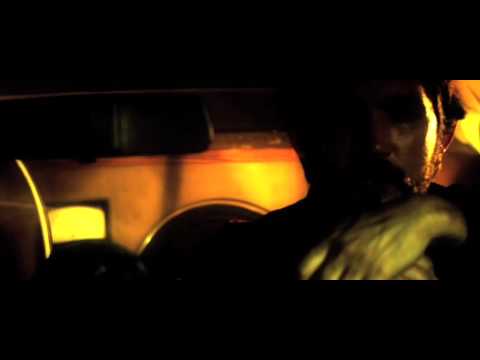 Hey Omaha, big election next week, huh? Right, it’s all we are hearing about and it will be a f*cking relief to put it behind us. If you haven’t cast your ballot yet, please consider #karaeastman for Congress. Omaha’s political landscape has changed quite a bit over the years and deserves a more forward thinking politician such as Kara Eastman to represent us. If you’ve already voted for her, hell yes! Also going to leave a ‘link in bio’ to her donation page to help her through this final week of a very tight race against Trump crony, Don Bacon. Thanks, you may go back to your doomscrolling now.

Due to manufacturing complications with COVID-19, our commemorative EP “It’s Gonna Hurt” will now be released on Friday, October 23rd. All pre-orders will be honored, just a little later, and you can still secure your copy at the link in our bio. Thanks for your patience and understanding!!#doorclosedmonkeydead #itsgonnahurt #cursve #DCMD

The Door Closed Monkey Dead (DCMD) label based out of Braunschweig, Germany have developed a very special, commemorative 12" vinyl EP to celebrate the 25th Anniversary of Cursive.

In an ideal world, we would have been in Denver with @thursdayband and @asiwyfa_music today, but life had other plans. In the virtual world we will all be together tomorrow (Wed 19th August at Signals V.1. a streaming concert form all three bands (hosted by @timkasher).An additional amount of free unemployment tickets (we trust you all to do the right thing) will be made available at 3:00pm today. For those that cannot watch tomorrow, the show will be rebroadcast ‘on demand’ from 4pm August 20th for 48 Hours.Thank you for your participation. Tickets are available at www.livefrom.events/thursday

ONE WEEK until our @saintvitusbar performance (from October 2019) premieres on Signals V.1, a live-streamed concert experience with @thursdayband and @asiwyfa_music.Streaming Aug 19th at 4pm ET, with re-broadcasts from Aug 20-22. Grab your ticket at the link in bio!

Stoked to join the awesome @asiwyfa_music and @thursdayband for the Signals V.1 livestream concert on Aug 19. Ticket link in our bio!

Tickets available now! Signals V.1 livestream concert with Thursday, Cursive, Tim Kasher, and And So I Watch You From Afar is happening August 19th, with rebroadcasts from Aug 20th - 22nd.Details and ticket link in our bio.

We're happy to be a part of an upcoming live extravaganza with Thursday and And So I Watch You From Afar, in lieu of our cancelled tour.Signals V.1 takes place on Wed, August 19th, bouncing over the Atlantic to @asiwyfa_music in Belfast, then over to @timkasher in Los Angeles, followed by an exclusive, previously unreleased (multi camera) Cursive performance, live at the world famous @saintvitusbar in Brooklyn from October 2019. @thursdayband caps it off with a (truly) live performance at Vitus!Tickets and merch bundles are available now at www.livefrom.events/thursday (link in bio).A note from Thursday: A limited number of free tickets and free merch will be available to the unemployed. We have to look out for each other, so please don’t try to snap these up if you are not. We very much hope that you can join us and thank you in advance for inviting us into your living rooms!

Well, this week is a little bittersweet for us.  We had a tour booked with our good friends in Thursday and our new friends And So I Watch You From Afar that would have started tomorrow night.  All our best to our stellar would-be tour mates, the venues and all of you who may have checked out a show.  We hope we can pull this train out of the station another time but until then check back here tomorrow for something fun to fill the void.

Dear and The Headlights