12561
Dave Clarke, Luke Slater
Invisible Wind Factory
https://eventseeker.com/liverpool/nov-20-2021/412708880-dave-clarke-luke-slater
{"https:\/\/f0a20826c00e9d7a2251-705026f0dfbdd9ff017b1fa0935e2386.ssl.cf2.rackcdn.com\/507_c-5.jpg":"mrhayata^:^http:\/\/www.flickr.com\/photos\/mrhayata\/276226607\/^:^https:\/\/creativecommons.org\/licenses\/by-sa\/2.0\/deed.en"}
Photo:mrhayata
www.daveclarke.com
www.facebook.com/DJDaveClarke
Known as "The Baron of Techno," Dave Clarke has established himself as an accomplished techno DJ and producer. Born and raised in Brighton, England, Clarke ran away from home after his parents divorced and began DJing at various venues to make a living. By the mid-1990s, he had nabbed the attention of the electronic music scene with the release of a series of EPs entitled "Red," which showcased his ability to include a variety of influences--breakbeat, dark electro and hip-hop beats--into his brand of techno. Since then, Clarke has continued to progress the genre, releasing several LPs, performing at various renowned festivals and hosting his own radio show after relocating to Amsterdam.
FOLLOW
SHARE
FOLLOW
SHARE
0 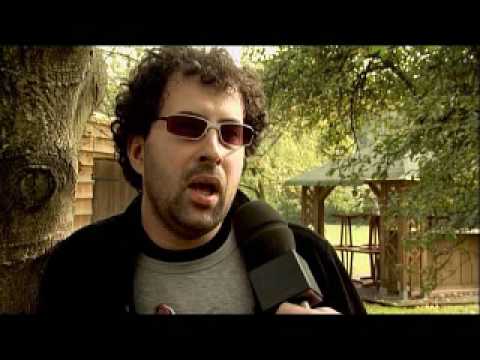 As Princess Diana infamously said “There are three of us in this relationship” , I introduce you to “John”. He was born in 1870, made by Gand & Bernardel Frères.....Holst composed the Planets some 45 years later (the inspiration behind our “Variations”), Carmina was written 65 years later, my first record ironically called “I like John” was recorded 120 years later. John has emotion, needs understanding and deep care and sympathy, he can feel asthmatic in NY aircon, sawtooth raspy after harsh rehearsals....... let all that sink in, this is the difference between Analogue and digital, we are moving headfirst deeper into digital, it brings advantages and also perils. Analogue forces you to make decisions, what vinyl do you love / keep, what photographs do you have from childhood compared to on your phone? It teaches us heritage and emotion of attachment. @mathildemarsal has been with John for 10 years.... he is now part of our creative lives, looking forward to the next chapter. Ps this was taken with a digital camera with an ancient analog lens, which again proves that you can have advantages in embracing both the past and future.

Well Paris was a fast and intense trip, arrived and an hour later lockdown was announced for the next day (the day of our tv performance) and we left a spookily quiet Paris. I brought the camera as I may have been also been doing a photoshoot, but events conspired against it happening.... this shot was from the taxi when the whole of Paris was evacuating, look fwd to seeing Paris and my friends when life is a bit more predictable.

Tune into tonighton France 2 ! An amazing experience , so much world class talent on that show, wow!

Only just managed to see this Black Swan last night as it was so dark , I have only seen them before in St. Petersburg

Thinking about you today John

The place where the Saga Series was inspired, hope to see you soon Iceland.

Saga 20 is now up on www.sagaseries.net and apple podcasts, or you can wait and listen on @rte2fm this weekend.