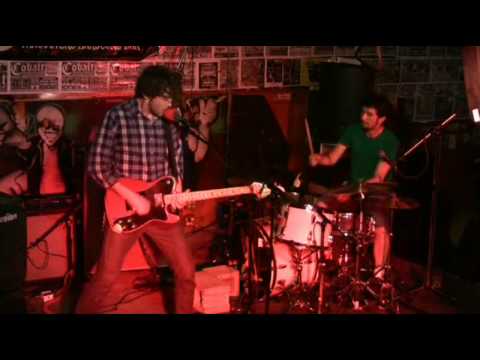 A message to our friends in the US: Trump may be leaving office next year, but his Supreme Court appointees are here to stay. The fight to protect the Reproductive Rights of all Americans continues.If the Supreme Court were to limit or overturn the landmark 1973 Roe V Wade decision, abortion would likely be prohibited in 24 states and 3 territories. We stand with the 77% of Americans who believe Roe must be upheld.90% of proceeds from the sale of this @noisefornow 1973 Pro Roe shirt will be donated to @plannedparenthood clinics throughout the country.Link in bio

Soooo as most people know by this point, Brian and I don't have any fucking clue about (or much interest in) social media. We love and miss playing live shows and we've been thinking about ways to support live venues. ANTI came up with this idea and offered to donate $1 to NIVA for every person who participates, which seems like a pretty rad thing to do. They're good people. One of the most amazing things about being a touring musician is how it makes me feel like I'm part of a much larger, global community. There are so many different venues where as soon as we walk in the door we feel like we're home. We've become friends with promoters, managers, bartenders, stage hands and sound engineers all over the world. There are so many good people working hard behind the scenes at every show we play. None of these people do what they do to get rich - they work there because they love music and they want to help create a space for music in their community. So hopefully this is a small way we can say "thank you" to the venues and their staff and help them during a tough time. I miss playing live so much, and I am sincerely grateful to the people working at all the venues Japandroids have been lucky enough to have played. I'm very much looking forward to the day we can hang out and do a show together again.Link in bio. Saveourfuckingstages.com#saveourfuckingstages #saveourstages #niva

TODAY'S THE DAY. 2XLP vinyl for Massey Fucking Hall. Brian designed the booklet, which documents the 150+ shows we did in 2017 and 2018. It turned out amazing. AVAILABLE NOW

Hey everybody!If anyone has any footage kicking around from ANY of our shows and feels like sharing it with us for a TOP SECRET PROJECT please send it here: https://japandroids.com/fandroids

@ringer wrote this article that starts off as a review of the live album and then veers off into something much more interesting - an essay on the importance of live music venues.

ICYMI, Our new live album ‘Massey Fucking Hall’ is out now // Listen via the link in our bio // Photo by John Ordean#masseyfuckinghall #japandroids #liverecord #masseyhall

Quick shout out to all the venues we've played all over the world and all the people working behind the scenes who help make that happen. It's going to be a while, but we are very much looking forward to the day we can all get together again. If you're missing live music as much as we are and you'd like to know how you can support live venues, Save our Stages (@nivassoc) and the Canadian Independent Venue Coalition (@cdnvenues) are good places to start. Also - we made made a playlist of our favourite live cuts. Link in bio. MASSEY FUCKING HALL IS OUT ON FRIDAY!

We originally had the digital release of "Massey Fucking Hall" scheduled for Juneteenth (June 19). We don't want to take up space on such an important day so we will be pushing back the digital release date to June 26. Starting today, all proceeds from Bandcamp pre-orders of the album will be donated to the NAACP Legal Defense Fund. For anyone who'd like to learn more about Juneteenth, I found the above article really helpful. Link in bio.