12266
Alexi Murdoch
{"https:\/\/94f25d5fce3d6f1478b5-8492f2475187762e2e44cf8c753691ec.ssl.cf2.rackcdn.com\/12266-1.jpg":"Sacks and Co.^:^http:\/\/sacksco.com\/clients.html^:^Press Photo"}
Photo:Sacks and Co.
www.aleximurdoch.com
www.facebook.com/AlexiMurdoch
Although born in London and raised in Scotland, Alexi Murdoch moved to the United States in 1992, when he decided to study at Duke University. While attending college, Murdoch started to hone his unique acoustic indie folk style by practicing hours on end and playing a number of intimate cafe shows around the college campus. After moving to Los Angeles with a girlfriend, Murdoch began to get his music played on the radio station KCRW by DJ Nic Narcourt. Soon, many labels were courting Murdoch, trying to land the singer/songwriter with a contract that would enable them to release his music and profit from it. But Murdoch didn't like the idea of being a slave to a company so he decided to release his music independently, through the internet. His first LP, 2006's Time Without Consequence, though not released on any sort of world renowned label, managed to find a large audience base and has since gone down as one of the better "under-the-radar" indie folk releases of the aughts.
FOLLOW
SHARE
FOLLOW
SHARE
0
VIDEO
Breathe 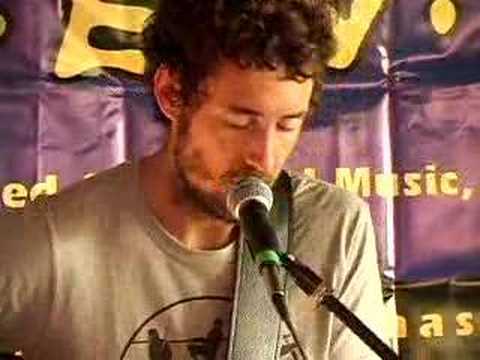 •Make changes in your life. It doesn’t matter so much what the changes are as simply that you make them. Make them now to accustom yourselves to the act. Because the time is coming where changes are going to have to be made.

•Landed on an uninhabited island today.Ruins of a long abandoned harbour and a couple of whitewashed low stone churches (visited only on rare feast days) the only visible evidence of human traffic.Felt the urge to run, over the red earth and dust.To climb up the old dry rock, sprung with young pines, looking down on ancient olive groves.On my way, I came through an empty field and startled three horses.They bolted at my movement.But only for the briefest moment.Then, seeing my running body in full, they became still again, watching calmly as I passed.And I knew they’d recognised me.

•And the pool was filled with water out of sunlight,And the lotos rose, quietly, quietly,The surface glittered out of heart of light,And they were behind us, reflected in the pool.Then a cloud passed, and the pool was empty.Go, said the bird, for the leaves were full of children,Hidden excitedly, containing laughter.Go, go, go, said the bird: human kindCannot bear very much reality.Happy Birthday, T.S. Eliot, born this day in 1888.

•••I remember the seaThe sea remembers me•••

•The lines are becoming clearer by the day, between those who stand for hate, bigotry, selfishness and greed, and those who stand for decency, equality, humanity and generosity. In your heart, you know which one you are.And history sees us all.Stand tall.-Go easy back into the light, John Lewis. Thank you for your service.

The notion of “social progress,” well intentioned as it may be, often leads to complacency, easing the conscience of those in society for whom it is not immediately critical.Less progress, more change. Now.Repost from @dusttodigital•From the 1989 documentary, “James Baldwin: The Price of the Ticket.”

•FUCK THE FLAGS. PLEDGE ALLEGIANCE TO YOUR BROTHERS AND SISTERS.REFUSE TO ACCEPT THE STATUS QUO.YOU HAVE POWER.USE IT.

•Some days will feel harder than others, weighted differently, their center of gravity shifted, pulling you off balance, your righting moment unfamiliar and uncertain.On such days you may find you’ve lost your sense of direction, as though your compass has been inverted perhaps, and the certainty of its points, the very polarity of the earth you move upon, has been lost beneath some unseen surface, curving, invisible to your eye.But it is ok. You are merely glimpsing a reflection.