11567
Arcane Roots
{"https:\/\/f0a20826c00e9d7a2251-705026f0dfbdd9ff017b1fa0935e2386.ssl.cf2.rackcdn.com\/503_c-3.jpg":"Mad House Photography^:^http:\/\/www.flickr.com\/photos\/mad_house_photography\/4478237731\/^:^https:\/\/creativecommons.org\/licenses\/by\/2.0\/deed.en"}
Photo:Mad House Photography
www.facebook.com/ArcaneRoots
Arcane Roots is a progressive rock band based in London. The band's melodic but aggressive rock sometimes dips into pop music but is always pulled back to its rock core with crashing guitar riffs. The three-piece band released its debut mini-album Left Fire, in 2011, which was critically acclaimed for its fresh blend of genres. After the release of its record, the band toured the UK, collecting fans and earning the press of BBC Radio with its familiar but stunning combination of hard rock and pop.
FOLLOW
SHARE
FOLLOW
SHARE
0
VIDEO
You Are 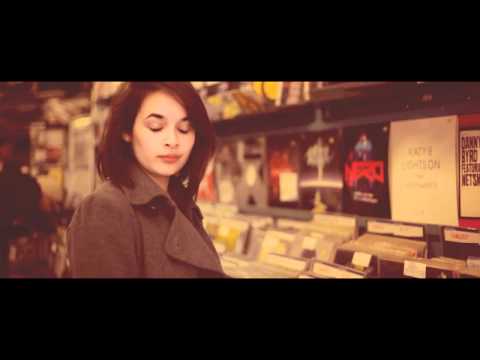 I'm so very proud to finally share this with you! Boss - DD-3Thttps://youtu.be/pfMDVC0ZjJcWritten, produced & mixed by meMastered by @ccproducer Directed by Nick GordonDoP - Josh BamberEditor - Lexi EdwardsStills & DoP assist - Joe HeapHuge thanks to @jackgwrench for coming in on the drums, the tireless efforts of everyone on the shoot and Jamie Dawe at @boss_europe for making it all happen! The audio is now exclusively available to all on the Music Tier on my Patreon!

Last couple of items on the merch store! Once they’re gone, they’re gone!Jackets reduced to £25!https://arcaneroots.com/merch

My setup is just about getting there! New streaming series:New Roads - 001Tomorrow at 12pm (UK time) live on my Patreon channel!https://www.patreon.com/AndrewJohnGroves@andrewjohngroves

Just did a big ol’ guitar lesson on chord inversions & triads over at my Patreon channel! Thanks to everyone whose already become a Patron, I’m really starting to enjoy it and I can’t wait to see where it will take me. New stream tomorrow!https://www.patreon.com/AndrewJohnGroves

‪Thanks to everyone who joined the Q&A stream yesterday and a huge thanks to my new patrons! ‪Today i'll be doing a Patreon-only stream on chord inversions! Live at 3pm (UK time)‬ ‪https://www.patreon.com/AndrewJohnGroves‬

Tonight i'm soft launching my Patreon account, starting with a little Q&A tonight at 6pm (UK time). If you'd like to support me, i'll be testing content throughout the month and asking for your feedback. If you have any questions then please join the Youtube Q&A tonight (it's public). https://www.patreon.com/AndrewJohnGroves

We are very proud to announce that @ccproducer and @andrewjohngroves are now working together as a co-production team at @decimalstudios. Having worked together for over 10 years producing @arcaneroots & other artists, they are now offering a full range of production services.Follow this link to get a quote for your next record!http://www.decimalstudios.co.uk/duoquote

Last one! How are you getting on with the others? It’s been great to look back and analyse my own writing/playing, it’s strange how alien it can feel as you’ve grown and progressed as a musician. Also, I’d love to see any covers you’ve done!Left Fire, Heaven & Earth, Melancholia Hymns & Landslide guitar & piano tabs all available here:https://arcaneroots.com/merch