11378
Cara Dillon
Union Chapel
https://eventseeker.com/london/dec-17-2021/406321550-cara-dillon
{"https:\/\/f0a20826c00e9d7a2251-705026f0dfbdd9ff017b1fa0935e2386.ssl.cf2.rackcdn.com\/504_c.jpg":"Adri\u00e1n P\u00e9rez^:^http:\/\/www.flickr.com\/photos\/aperezdc\/6274673788\/^:^https:\/\/creativecommons.org\/licenses\/by-sa\/2.0\/deed.en"}
Photo:Adrián Pérez
www.caradillon.co.uk
www.facebook.com/caradillonsings
Cara Dillon is a traditional Irish folk and pop singer from Londonderry, Ireland whose first taste of musical success came with the band Equation. The band signed a record deal with Blanco y Negro and recorded the album Return to Me, in 1996. Unfortunately, only weeks before the album release date and after promotion and performances on MTV and VH1, the label put the band's record on the shelf and it was not heard until 2003, when the band's former manager bought the rights and released it under Rough Trade records. Dillon left the band with fellow member Sam Lakeman and the pair signed with the same label under the name Polar Star. Despite working with talented songwriters and producers on several albums, Blanco y Negro never released any of Polar Star's albums, prompting the duo to sign with Rough Trade Records. Dillon finally recorded and released her self-titled, debut solo album in 2001, a compilation of traditional Irish songs and original compositions written with the help of her long time music partner Lukeman, who she eventually married. The opening track on the album, "Black is the Colour," earned her the BBC Radio 2 Folk Award for "Best Traditional Song" as well as the Horizon Award for "Best Newcomer." By her fourth album, Hill of Thieves, Dillon had a solid fan base in the UK and Ireland and decided to transition to her own label, Charcoal Records.
FOLLOW
SHARE
FOLLOW
SHARE
0 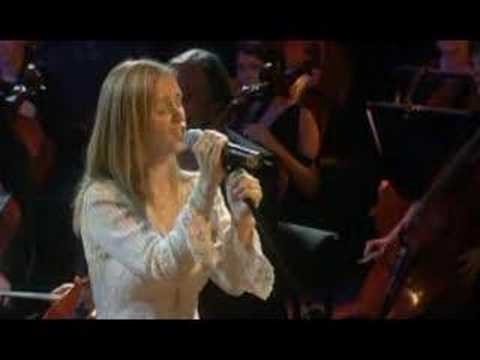 Just came across this photo from the album shoot for After The Morning a few years back. Reminded me of a certain government ad.

Both of my online concerts filmed live at Cooper Hall are now available to watch on demand via YouTube. Link in bio. Enjoy x

Once again, Sam and I would like to say a huge thanks to everyone for the kind words and incredible support after our second online concert on Thursday night. It means a lot during these troubled times. Both concerts are available to watch in their entirety on my YouTube channel, and the audio is available to download on @bandcamp. Lots of love, Cara & Sam x

Live at Cooper Hall 2 is broadcasting right now on my Facebook and YouTube channels. Filmed at @cooperhallfrome in Somerset. Link in bio.

Hi everyone! Looking forward to you tuning in with me this evening for my second online concert, 8PM BST via Facebook & YouTube. I’ll also be on Instagram live at 7pm for a little chat. If you have any questions or things you’d like me to talk about, drop them in the comments. See you later! Cara x

Really pleased to announce my second online concert "Live at Cooper Hall 2”. Sam and I recorded an entirely different set of songs including one we’ve never performed before. It’ll be free to view on Facebook and YouTube, and will broadcast on Thursday 15th October at 8pm BST.

It’s a great day for drying.

Sam pulled this fancy dancer from our veg patch. Carrot and Coriander soup for lunch.

Van Morrison is one of the greatest artists the North of Ireland has ever seen. I’m so happy to be covering his song ‘Memory Lane’ to celebrate his 75th Birthday. Happy Birthday Van!!! Xxxx Watch it now on YouTube (link in Bio). Great idea @hotpressmagazine #raveonvanmorrison