11259
Mary Gauthier, Jaimee Harris
The Linda - WAMC's Performing Arts Studio
https://eventseeker.com/albany-ny/oct-27-2021/408999396-mary-gauthier-jaimee-harris
{"https:\/\/94f25d5fce3d6f1478b5-8492f2475187762e2e44cf8c753691ec.ssl.cf2.rackcdn.com\/11259-1.jpg":"Erik Joling^:^http:\/\/en.wikipedia.org\/wiki\/nl:User:Erik_Joling^:^http:\/\/creativecommons.org\/licenses\/by-sa\/2.5\/deed.en"}
Photo:Erik Joling
www.marygauthier.com
www.facebook.com/marygauthiersongs
Mary Gauthier is a folk singer/songwriter from Baton Rouge, Louisiana. Born to a mother she never knew, Gauthier was left at St. Vincent's Women and Infants Asylum and was eventually adopted when she was a year old by an Italian Catholic couple. At the age of 15, Gauthier ran away and spent the next few years as a dug addict, staying in halfway houses and friends' house. Gauthier went on to serve her 18th birthday in a jail cell. After turning her life around, attending the Cambridge School of Culinary Arts and opening her own Cajun restaurant in Boston, Gauthier began to develop a strong interest in music. Developing a characteristic alternative country sound with strong Southern folk leanings, Gauthier released her debut album, Dixie Kitchen, in 1997 to favorable reviews.
FOLLOW
SHARE
FOLLOW
SHARE
0

Buy
1
VIDEO
between the daylight and the dark 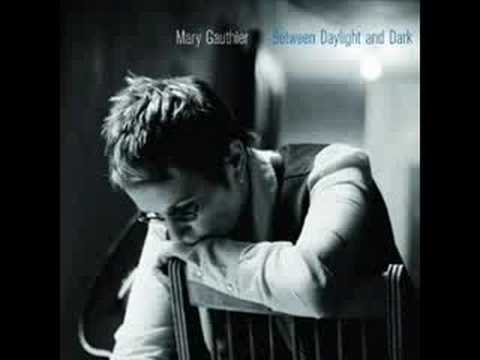 between the daylight and the dark
Mary Gauthier 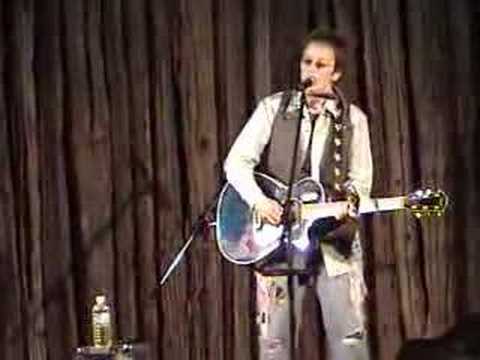 We’re excited to be reuniting with my friend, tourmate, and cowriter @gretchenpeters on the #SundaysWithMary show today.

This week, the wonderful @gretchenpeters joins us for our weekly Sundays w/ Mary live stream! It's been a while since we've played a show together so we'll have quite a bit to discuss. Tune in Sunday, 11/01 at 2 PM, CDT!

Nashville 6:20 PM October 22 Belmont University campus. The final debate starts in an hour and a half ....quite the scene out here.

One week from today, Jaimee and I will be sharing what we've learned about livestreaming with the @folk_alliance community! The webinar is free, but you must click the link in bio to register.⁠⁠The landscape of livestream concerts has changed dramatically over the past year, with huge growth being seen in the quantity and quality of artists’ offerings. Want to make sure you’re providing your fans and virtual concert-goers with the best sonic experience possible? Join this panel of experts as they explore the latest technologies and up-to-date practices for maximizing your online sound, including how to soundcheck for a virtual performance, how to improve the acoustics of your space, how to manage multiple microphones into one livestream audio, and top-notch recommendations for settings, tools, and software.⁠⁠Panelists:⁠⁠Mary Gauthier, singer-songwriter⁠⁠Jaimee Harris, songwriter⁠⁠Blanche Israël, Founder, Streamium⁠⁠Reza Moghaddas, Venue Manager / Lead Technician, Small World Music⁠⁠Jerod Rivers, Membership and Technology Manager, Folk Alliance International

This Sunday, I'm looking forward to welcoming my friend and "Gentling Me" co-writer Amy Helm to the show. Join us Sunday, 10/25 for great conversation and heartfelt songs. ⁠⁠2 PM, CDT⁠Facebook: @marygauthiersongs⁠YouTube: @officialmarygauthier⁠⁠@amyhelmmusic

ICYMI: Check out Mary's conversation with @BethBehrs on the new Harmonics Podcast. Click the #linkinbio to listen.

2 hours later, I voted. I have early voted at the Belle Meade police station for 20 years. I have never seen a line this long. I found it THRILLING. People are showing up, people are engaged. It was wonderful to cast my ballot for: @biden.harris2020 @bradshaw2020senate @repjimcooper @repbobfreemanhd56 #musiccityvotes @voteearlytn